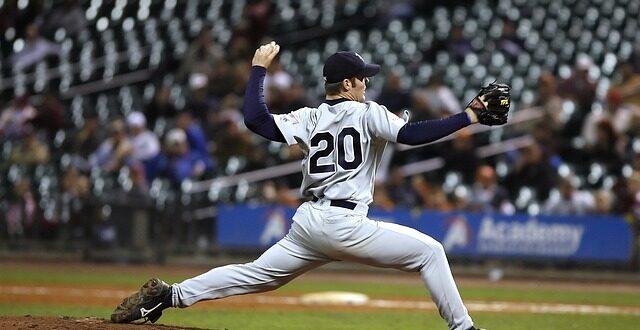 What is Baseball? A Complete Guide

The of the game is to score runs by hitting a thrown ball with a bat and running around the bases counter-clockwise, touching each one in turn. At the end of the game, the side with the most runs wins. Let’s learn a little more about baseball.

Here are five countries that are known for their strong baseball cultures and successful national teams:

Baseball is also popular in South Korea, and the country has a professional league called the Korean Baseball Organization (KBO). South Korean players have also made an impact in the MLB.

Baseball has a long history in Cuba, and the country has a strong national team that has traditionally performed well in international competitions. Many Cuban players have also played in the MLB.

The Dominican Republic has a rich baseball tradition and has produced several talented players who have played in the MLB. The country has a professional league called the Liga de Béisbol Profesional de la República Dominicana (LIDOM).

It is difficult to say who the top 7 baseball players of all time are, as opinions on the matter vary. Here is a list of seven players who are often considered among the greatest in the history of the sport:

Babe Ruth is the most successful baseball player of all time; Ruth was a dominant pitcher and outfielder for the Boston Red Sox and the New York Yankees. He is credited with revolutionizing the game with his prodigious home run hitting.

Mays was a centerfielder known for his speed, power, and defensive skills. He played for the team “New York Giants” and the San Francisco Giants and was a vital part of the Giants’ World Series-winning team in 1954.

Mantle was a centerfielder for the New York Yankees team. He was a three-time MVP winner and played in 12 World Series, winning seven of them.

Cobb was an outfielder for the Detroit Tigers and is considered one of the greatest hitters in baseball history. He won a record 11 batting titles and was the first player to reach 4,000 career hits.

Gehrig was a first baseman for the New York Yankees player. He won six World Series and was a two-time MVP winner.

Bonds is the all-time home run leader in Major League Baseball, with a record 762 home runs. He won seven MVP awards and played for the San Francisco Giants team and the Pittsburgh Pirates.

Williams is considered one of the greatest hitters in baseball history and won six batting titles. He played his entire career for the Boston Red Sox and was a two-time MVP winner.

Baseball is like a passion, especially in the USA. People like to play it on a professional level or as fun too. You must know all the rules for playing. Also, it could be better if you read the doodle baseball guide for more information. I hope this small blog will help you to find out about baseball. That’s all, folks.

How To Sell Badminton Accessories Online

Previous Apple's Eddy Cue says App Store developers have made $320B+ since 2008, there are 900M paid subscriptions, 200+ Arcade games, 70B all-time Shazams, and more (Chance Miller/9to5Mac)
Next Meta adds more limits on targeting users under 18 with ads, including removing the options to target teens users based on gender and in-app activity (Taylor Hatmaker/TechCrunch)