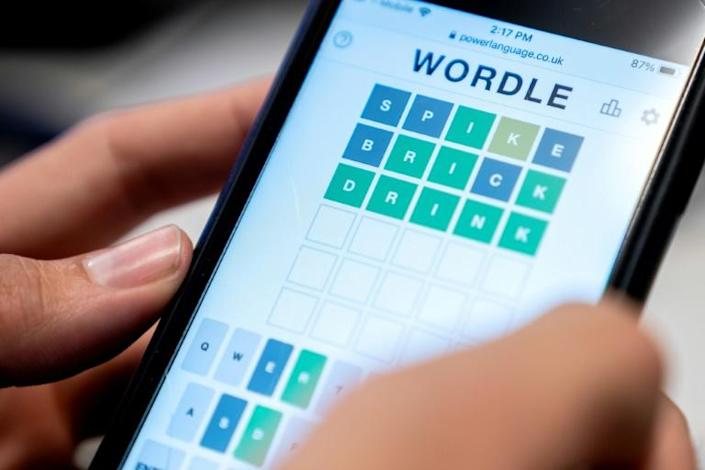 The Race is on to Translate Viral App Wordle

Wordle, the simple word game that has taken the English-speaking world by storm, is sparking spontaneous efforts to develop similar games for other languages.

The English-language app poses a simple puzzle: it thinks of a five-letter word and challenges the user to guess what it is in six tries or fewer. The magic formula has persuaded the New York Times to open its wallet and buy the app.

Versions have sprung up in every corner of the globe, covering anything from German to Urdu.

He developed a game using “jyutping”, a method of transliterating Cantonese into the Western alphabet.

“One day during breakfast, my colleague suggested why don’t you make a jyutping version? We then read out the words on the menu and realized that a lot of phrases contain five letters,” he told AFP.

He said his creation, known as Zidou, was just a bit of fun at first.

“I thought it would be great if a few hundred people were playing it. But it surprised me that more than 10,000 or even 100,000 people have played this game. I’m quite happy.”

Israeli mathematician Amir Livne Bar-on admits he got swept up by the English version of Wordle but also admits that he was not very good at it.

“I think it’s because English is not my mother tongue,” he said.

“So I wanted a similar game in Hebrew that I could play and enjoy.”

When he set about trying to create a Hebrew version, though, he realized it would be a different game.

“Hebrew words are much denser and have far fewer double letters and vowels,” he said.

“So even though Hebrew has fewer words, there are way more words containing five letters, so it’s harder.”

Nevertheless, he says the Hebrew game is proving popular among young people, particularly in the Tel Aviv area.

“It made me most happy when people tell me that the game broke their quarantine routine, that it made them more at ease during this Omicron wave.”

If the complexity of the language posed problems for a native speaker like Bar-on, then Wayne McDougall faced an even stiffer challenge in developing a version in the Maori language Te Reo.

“I am not a Te Reo speaker, but when I was on Twitter I saw someone say how good it would be to have a Te Reo version of Wordle,” he told AFP.

“And I thought: ‘Yes, it would be good. Someone should do that.’ And then no one did.”

So McDougall thought he would take on the challenge.

“The main challenges in developing a Te Reo version were processing the Maori alphabet with a limited number of consonants and vowels,” he said.

It was also a struggle to find a list of words and their definitions.

But he persevered, and says the Maori-speaking community has been “amazingly supportive”.

“I was afraid that I was intruding on other people’s territory, the language is in some way a cultural treasure, but all the support has been positive and welcoming.”

European languages are perhaps less of a challenge, with many versions cropping up across social media.

Louan Bengmah, a 21-year-old web developer, got in on the action by creating a French variant.

“We had quite a few debates about which words to use, finally we agreed to use the words from the Scrabble dictionary,” he said.

Bengmah streamed some of his efforts on the Twitch platform and got help from other coders, making the whole process sound quite straightforward.

“It was all finished in a weekend,” he said.